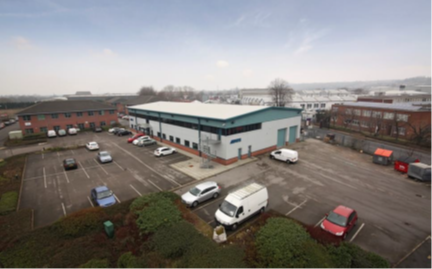 The well-publicized challenges facing the retail sector in the UK during the last years of the “noughties” resulted in a wave of business failures across the retail sector. In addition to releasing unprecedented levels of retail properties onto the market, landlords of headquarters and administrative office buildings leased by affected retailers, also felt the impact. This included the owners of a 13,000 sq ft hybrid office/warehouse building on Colwick Quays which was let to jewellery retailer Chapelle when the company entered administration in 2019. As asset managers for the owners, THP had been liaising closely with the tenant for some months prior to their administration and had worked-up  contingency options, including overseeing a sub-letting of part of the building to mitigate the tenant’s rental costs. When the administration fell, THP, working alongside local agents FHP, concluded negotiations with the sub-tenant, Hillarys Blinds Limited, to expand and take a lease of the entire building, and terms were completed on the basis of a new 5 year lease at the full passing rent. The transaction secured the landlord’s position and also laid the foundations for ongoing discussions with this highly-regarded Nottingham-based home furnishings company, to consolidate the building as their long-term home.