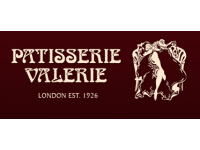 Another, but indirect, casualty of the crisis felt across the retail sector was cake purveyor and restaurant operator Patisserie Valerie. Although the company was ultimately purchased out of liquidation, a number of sites were inevitably closed and/or reduced lease terms negotiated with landlords. In Nottingham, Patisserie Valerie trade from a prime site in the city’s The Exchange, and as managing agents for the scheme’s owners, THP quickly took-up direct discussions with the new company’s owners to establish their intentions and negotiate terms to retain them in the scheme. THP were able to establish that The Exchange was a key, and profitable, outlet for Patisserie Valerie, and were able to negotiate a re-geared lease with the new company, including both a rent uplift and term extension’ alongside other lease improvements, enabling the company to continue to take the business forward as an integral part of the city’s F&B offer.